ALL ABOUT BALOO
OUR HOME ON WHEELS


Chronology of failure – they know not what they do…

«Baloo, a nice name for an overland vehicle», we think while we’re standing in front of the car, which appeared in the interesting advertisement in Zug. The owner tells us that Baloo already was on expeditions in Africa twice and that it’s for sale now directly after passing the motor vehicle inspection. He continues telling us, that he wanted to travel to India with his girlfriend, but she has left him just before the trip started. Now he wants to get rid of old memories and also of baloo – poor guy!

We drove here with two friends of us. He’s a car mechanic, she’s working for a health insurance agency. Both are experienced “Landcruiser” experts. They support us in many ways. So they do today.

I find myself dreaming about the great experiences that we will have on our journey while we inspect the vehicle. After a test drive and detailed inspection, the car is practically already bought, at least in my mind. Although we think about our decision, we’re still convinced the next day: little rust, almost no oil loss, good feeling, that figures! So without further ado, we bought and picked up Baloo.

This happened in the spring of 2015. Two years and a lot of strained nerves later, baloo has gone through a makeover. But I start the story from the beginning…

At second glance, unfortunately, Baloo wasn’t as irresistible as first thought. When we arrived home and looked at our newly acquired mobile home more closely, we noticed brittle rubber parts and various (in the «detailed» inspection overlooked) rusty spots. For example, the window frames were completely rusted through, which immediately led to the next problem…leakage. At this time we were still confident, because we could fix these things by ourselves. 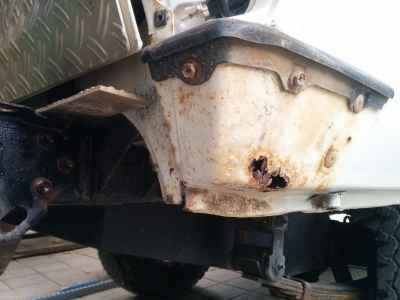 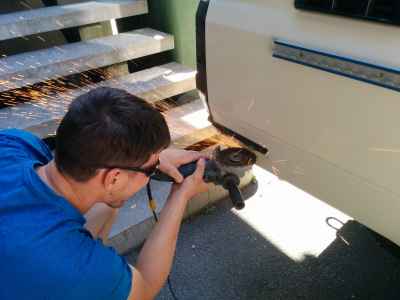 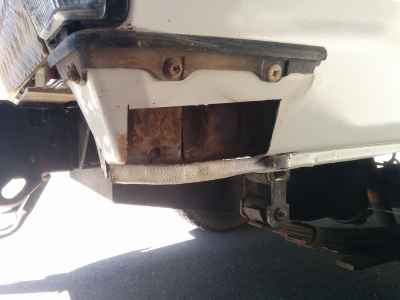 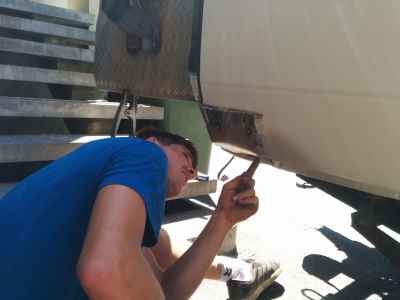 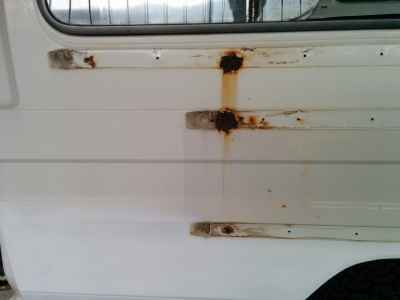 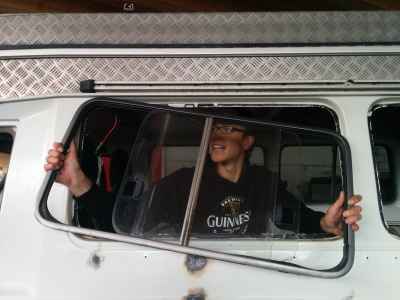 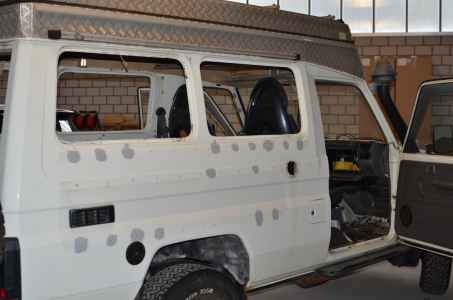 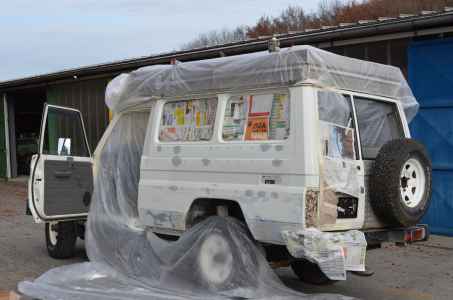 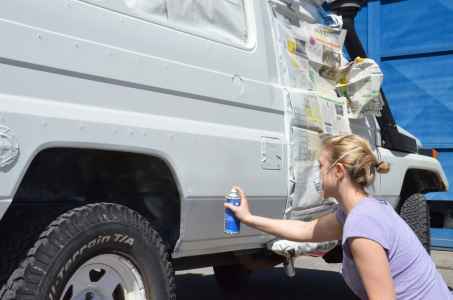 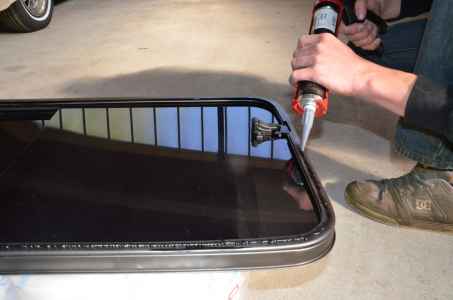 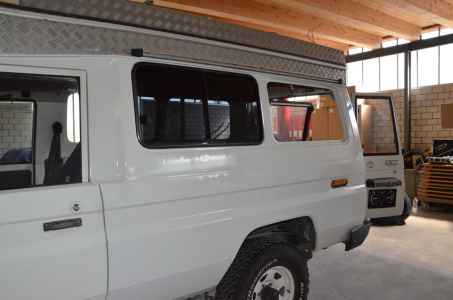 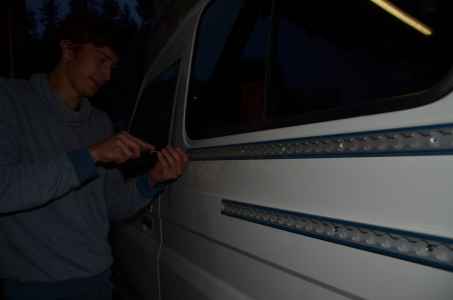 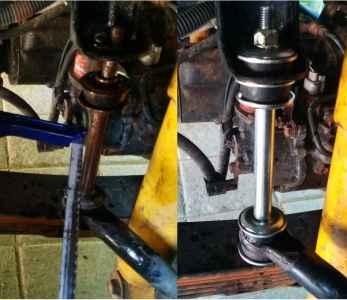 But the chronology of failure took it’s course:

May 2016 Baloo has to pass the emission test. On the way to the garage we lose not only the courage that this project will work (due to the soot coming out the exhaust), but with the incipient rain also the new car lacquering. This means for us: Rub away everything again and activate the hardening agent the next time.The highlight of the day is, that the guys from the Lüthi garage in Oberdiessbach could manage, that the emission values are ok after 1.5 hours. Well done, thank you!

August 2016  Baloo has to be inspected by the national traffic authority. If we want to drive on Swiss roads in the future, the car has to comply with applicable laws. For that reason we drive to Ostermundigen to the inspection center on the 16th of October. Mr. Expert welcomes us with a grim expression. He first looks at the registration document, then at Baloo, again at the registration document and says: «Without interior fittings, it’s not possible to control the vehicle as a caravan.» Oops…after the successful emission test, we probably were a bit too confident, that the inspection wouldn’t be a problem as well and we thought that further preparation for this would be a waste of time. Well, that was wrong. Therefore we have a fat “CANCELED”-stamp in the registration document now.

May 2017 We want to go the Scandinavia with Baloo in July, making a test trip. After the debacle last August, we decide that a pro has to prepare Baloo for the next inspection. We engage A. Böhlen in Thun for this issue. Although the team did a great job, we weren’t untroubled by deep hits. Actually they should only repair the leaky transmission, but after 3 months in the workshop, we got Baloo back with a brand new transmission (0 miles), and a pretty new engine (about 68‘000 miles) including cooler and a reinforced clutch (0 miles). One man’s meat is another man’s poison. The costs for the whole thing were about the value of a small car in mint condition.

July 2017  Exactly 3 hours before the departure of our trip in Scandinavia, Baloo passed the motor vehicle inspection at the third attempt. Hallelujah! Now he is working like a swiss clockwork. We hope that it will stay this way….

FAQ: Wouldn’t it have been cheaper to buy a car in Canada or the USA instead of shipping your own?
Yes, it certainly would be possible to find a vehicle in the USA or Canada for which we would have paid less than for Baloo. But, to be honest, we only have very limited technical knowhow of cars. That’s why we wanted to buy a car in Switzerland, let it check by an expert and get to know it ourselves before we start the trip. In addition, we had the opportunity to build the interior fittings according to our wishes and needs. Crafting was a good balance to our daily office job.

Where are we now?